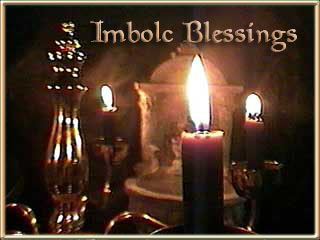 Imbolc is one of the four principal festivals of the Irish calendar, celebrated among Gaelic peoples and some other Celtic cultures either at the beginning of February or at the first local signs of Spring. Most commonly it is celebrated on February 2, since this is the cross-quarter day on the solar calendar, halfway between the Winter Solstice and the Spring Equinox in the northern hemisphere. Originally dedicated to the goddess Brigid, in the Christian period, it was adopted as St Brigid’s Day. In Scotland, the festival is also known as Là Fhèill Brìghde, in Ireland as Lá Fhéile Bríde, and in Wales as Gwyl Ffraed.
Another holiday deriving from Imbolc was Candlemas Day and is celebrated on February 2 (Groundhog Day). Candlemas is the feast of Mary’s purification and is marked by a candle procession. The ties between purification rituals and the month of February also hark back to the pagan era. Indeed, our very word, “February,” which derives from Latin, unmistakably designates the month as a time for purification (februa means “expiatory offerings”). The Lupercalia, a pagan Roman purification ritual, took place in February.
We also check to see if the Ground Hog sees his shadow that tradition is compiled of traditions from many cultures.
It is believed if the Sun is shining on that day and animals see their shadows winter will last another 6 weeks. The habits of Animals have long been used to determine the weather. Imbolc is traditionally a time of weather prognostication, and the old tradition of watching to see if serpents or badgers came from their winter dens is perhaps a precursor to the North American Groundhog Day The earliest American reference to Groundhog Day can be found at the Pennsylvania Dutch Folklore Center at Franklin and Marshall College.
But even before our famous Punxsutawney Phil in Pa, Germans watched a badger for the shadow.
There are several opinions as to the origin of Valentine’s Day here are just a few.
In Ancient Rome, February 14th was a holiday to honor Juno, Queen of the Roman Gods and Goddesses. The Feast of Lupercalia started the next day.
During these times boys and girls were segregated. However, the young people had a custom that began on the eve of the Festival of Lupercalia. The girl’s names were written on pieces of paper and inserted into jars. Each boy then drew a girl’s name from the jar and they were partners throughout the Festival. After being paired, the children would often continue to see each other throughout the year and on occasion even fell in love and got married.
St. Valentine, a Roman who was martyred for refusing to give up Christianity. He died on February 14, 269 A.D., the same day that had been devoted to love lotteries. Legend also says that St. Valentine left a farewell note for the jailer’s daughter, who had become his friend, and signed it “From Your Valentine”. Other aspects of the story say that Saint Valentine served as a priest at the temple during the reign of Emperor Claudius. Emperor Claudius II of Rome, also known as Claudius the Cruel was having a difficult time recruiting men as soldiers. He believed that the men did not want to leave their sweethearts and canceled all engagements and marriages throughout Rome. St. Valentine, a priest of Rome at the time, secretly married couples. He was eventually caught, arrested, and condemned. In 496 A.D. Pope Gelasius set aside February 14 to honor St. Valentine.
Those are some of the things we celebrate in February and a bit of history behind the celebrations.

One thought on “Imbolc: What Do We Celebrate” 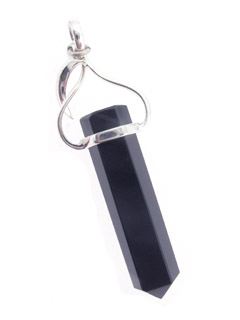 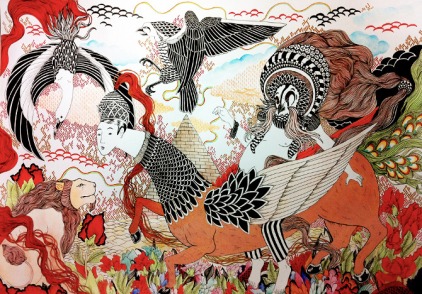 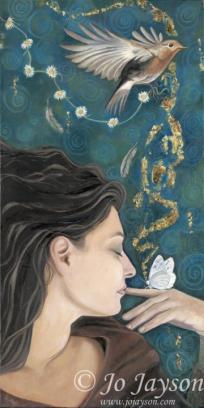