Garlands and wreaths in evergreens are a symbol of Yule, representing the rebirth and renewal of the midwinter sabbat.  Garlands are a long chain of greenery, foliage and fruit and wreaths are simply garland made into a circle.  Both garlands and wreaths of evergreen symbolize the promise of Yule: life everlasting, rebirth and immortality.  The Celts considered the evergreen sacred because it did not die from year to year, and therefore represented the Goddess who also never dies. Wreaths symbolize the Wheel of Life, as the circle has no beginning and no end, and returns to its point of origin over again.  You can make your own unique Yule wreath out of wire, pine cones and fruit. Pine cones are representative of male fertility. Most fruits, especially apples, are symbols of the Goddess. Creating a wreath out of both makes a symbol of the union of Deity on the Wheel of The Year.Evergreens were seen by the Druids as a manifestation of the immortality of the Goddess the rebirth of the Sun King, born on Yule.  of the  and a symbol of the universe.  Representing everlasting life, evergreen garlands were hung around doorways and windows, while wreaths would decorate the door of the home.  Each evergreen has a symbolism of its own.MistletoeGreatly revered by the Druids, this is the healer and protector. It is carefully cut to ensure it never touches the earth. It’s magical properties are believed to be connected to the fact that it lives between the worlds, between sky/heaven and earth. The white berries of mistletoe represent the fertile white semen of the life-giving male. Which is where kissing under the mistletoe comes from!HollyAnother evergreen of protection, holly’s spiky bristles are believed to repel unwanted spirits. Newborn babies used to be sprinkled with ‘holly water’, water in which holly had been soaked, especially potent if left under a full moon overnight. Holly is sacred to Holle, the Germanic underworld goddess, and symbolizes everlasting life, goodwill and potent life energy. Its red berries represent feminine blood. Together, mistletoe and holly represent the Sacred Marriage at this time of year with the re-birth of the Sun/Son.IvyEvergreen symbol of immortality and resurrection, growing in a spiral reminding us of reincarnation and rebirth. Sacred to Osiris, where His death and resurrection was a central theme in Egyptian religion. Sacred also to Dionysus, god of vegetation, blossoming and the Return of Spring.PineIts branches bring healing and joy to the home, burning it will purify.The Kissing BoughAt Yuletide it has often been customary to make a decoration using two hoops, one thrust through the other, and bound with evergreens, holly and ivy, and rosy cheeked apples specially reserved for the occasion. Inside, dolls are hung, male and female, with other brightly coloured baubles. At the bottom of the decoration a bunch of mistletoe is carefully tied, and the whole tableau is suspended in the middle of the room, the centre of attention. Every berry on the mistletoe bears the promise of a kiss, and for every kiss given or taken a berry is removed. When all the berries are gone, the kissing has to stop!Thanks to goddessandgreenman.co.uk.Compiled by Kamberlyn.   When not writing for Ravenhawks,  Kamberlyn works with clients seeking a more spiritually centered life.  In her work, she helps people realize the relationship, career and finances that belongs to their soul.  She can be found on KEEN at Kamberlyn Divine Love or through her website, LadyKamberlyn.com.

2 thoughts on “Yule Wreath and Garland” 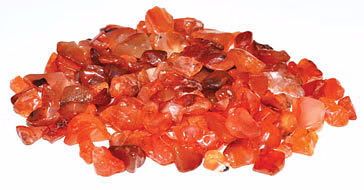